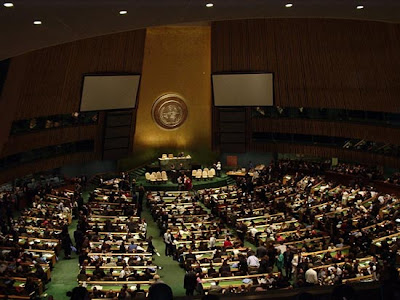 
Under the UNCRC, an 18-member committee has been established to review children’s rights and any other disputes that might arise. In many cases, we are already bound by international treaties and the UNCRC gives unaccountable UN bureaucrats the power to make decisions concerning our children’s well-being. Parents are being demoted to simple caregivers, while the state assumes the role of the prime authoritative figure. The UNCRC is an assault on parental authority and is essentially a blank check for governmental interference in family matters. It is meant to further promote child autonomy and freedom from parental guidance.

Dana Gabriel is an activist and independent researcher. He writes about trade, globalization, sovereignty, as well as other issues.
Contact: beyourownleader@hotmail.com
Posted by Dana Gabriel at 10:24 AM