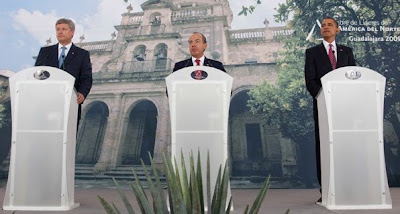 In a press release from October 15, 2009, Judicial Watch announced, “that the United States Court of Appeals for the District of Columbia has overturned the district court and ruled that Judicial Watch has standing to bring a lawsuit against the Department of Commerce related to the North American Competitiveness Council (NACC), which was set up under the Security and Prosperity Partnership (SPP) of North America. Judicial Watch argues the NACC is subject to the open meetings law known as Federal Advisory Committee Act (FACA) and must make its meetings open to the public and must release records relating to those meetings.” Judicial Watch President Tom Fitton stated, “Our objective with this lawsuit is simple: to bring as much transparency as possible to the proceedings of this government-private program. In the spirit of President Obama's promise to provide 'unprecedented' levels of transparency to the inner-workings of government, the Commerce Department should stop stonewalling and open these meetings and documents up to the American people as soon as possible." As well as attempting to gain access to documents concerning the NACC meetings and activities, Judicial Watch also wishes to become a member of the group.
Read more »
Posted by Dana Gabriel at 5:49 PM 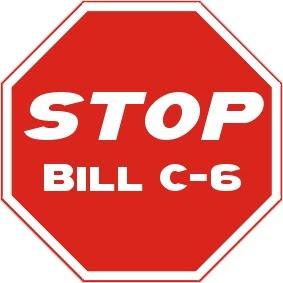 Many will recall the intense opposition voiced against Bill C-51 which proposed sweeping changes to the Food and Drugs Act. There was also much contention surrounding Bill C-52, the Consumer Products Safety Act. Both Bills would have expanded the powers of Health Canada in areas of seizure and detention. After the last federal election in October 2008, the Harper government essentially reintroduced Bill C-52 as Bill C-6. It has now been passed in the House of Commons and is being debated in the Senate. The Conservatives contend that Bill C-6 has nothing to do with natural health products. There are still concerns that it contains elements of Bill C-51 and could threaten health choices. Part of the Security and Prosperity Partnership of North America (SPP) agenda, includes harmonizing regulations. Codex Alimentarius is about implementing a global food code and has the potential to further endanger health freedoms. It has been reported that Codex worldwide implementation is slated for December 31, 2009. Many initiatives such as Bill C-6 are moving forward under the guise of public safety and would further expand governmental powers which could be used to violate civil liberties.
Read more »
Posted by Dana Gabriel at 10:58 AM

Police State Canada 2010 and the Dark Side of the Olympics 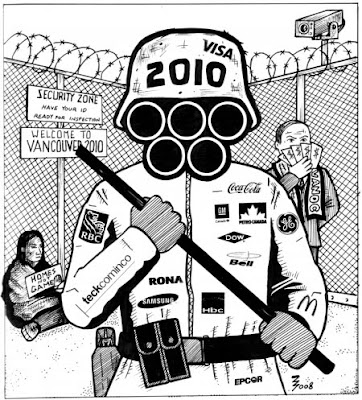 The 2010 Winter Olympic Games will be held in Vancouver, British Columbia, from February 12-28. It will be the largest security operation in Canadian history. Military planners will undoubtedly use it as a template for securing future high profile events. Canadian security officials continue to work closely with their American counterparts in preparation for the test that the Games will pose to the security of its shared border. Integration of Canada’s security and military structures with the U.S. have already been advanced through the North American Aerospace Defence Command (NORAD), NORTHCOM, the Security and Prosperity Partnership (SPP), the Bi-National Planning Group, the Civil Assistance Plan, as well as other initiatives. Training and security provisions for the Olympics might be used to further accelerate the merging of U.S-Canada command structures and the militarization of North America. The 2010 Olympics will be a hellhole of police state measures with far-reaching effects that could remain in place long after the Games are finished.

Security planners have followed a graduated process in preparation for the 2010 Olympic Games. This includes the Olympic Integrated Exercise Program which “is designed to ensure coordinated responses are sufficiently tested in preparation for incidents that might arise during the 2010 Winter Games. The program has three key components.” Exercise Bronze was held in November 2008. It brought together all agencies involved with security for the games and examined security structures. Exercise Silver was held in February of 2009 and “focused on information-sharing across government and non-governmental agencies” as well as providing “safety and security participants with hands-on experience.” Exercise Gold is scheduled for November of this year and will confirm readiness for the Games. There has been questions whether Exercise Gold would involve American forces. The Canadian Defense Department has responded, “Yes. NORAD is a bi-national command that includes both Canadian and American personnel and equipment. NORAD will be participating in exercise Gold. Various US military headquarters and operations centres will be exercising with Canada Command during exercise Gold, through exercise Determined Dragon (a Canadian Forces exercise) and exercise Vigilant Shield (a US military exercise). In addition, a small number of US military liaison officers will be participating with Joint Task Force Games.”
Read more »
Posted by Dana Gabriel at 5:36 PM