The Pretext for a North American Homeland Security Perimeter 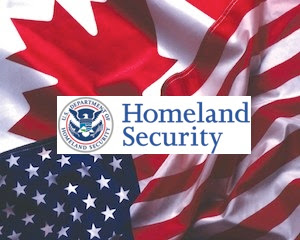 After months of negotiations, the U.S. and Canada have unveiled new trade, regulatory and security initiatives to speed up the flow of goods and people across the border. The joint action plans provide a framework that goes beyond NAFTA and continues where the Security and Prosperity Partnership (SPP) left off. This will take U.S.-Canada integration to the next level and is the pretext for a North American Homeland Security perimeter.

On December 7, President Barack Obama and Prime Minister Stephen Harper announced the Beyond the Border Perimeter Security and Economic Competitiveness Action Plan. The new deal focuses on addressing security threats early, facilitating trade, economic growth and jobs, integrating cross-border law enforcement, as well as improving infrastructure and cyber-security. It will act as a roadmap with different parts being phased in over the next several years. This includes the creation of various pilot projects. Many aspects of the agreement will also depend on the availability of funding from both governments. In addition, the two leaders issued a separate Regulatory Cooperation Council Action Plan that sets out initiatives whereby the U.S. and Canada will seek greater regulatory alignment in the areas of agriculture and food, transportation, environment, health, along with consumer products.
Read more »
Posted by Dana Gabriel at 3:06 PM