U.S. Arctic Ambitions and the Militarization of the High North 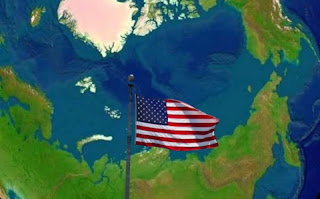 Canada recently took over the leadership of the Arctic Council and will be succeeded by the U.S. in 2015. With back-to-back chairmanships, it gives both countries an opportunity to increase cooperation on initiatives that could enhance the development of a shared North American vision for the Arctic. The U.S. has significant geopolitical and economic interests in the high north and have released a new national strategy which seeks to advance their Arctic ambitions. While the region has thus far been peaceful, stable and free of conflict, there is a danger of the militarization of the Arctic. It has the potential to become a front whereby the U.S. and other NATO members are pitted against Russia or even China. In an effort to prevent any misunderstandings, there are calls for the Arctic Council to move beyond environmental issues and become a forum to address defense and security matters.

In May, Canada assumed the chairmanship of the Arctic Council where they will push for responsible resource development, safe shipping and sustainable circumpolar communities. The Arctic Council is the leading multilateral forum in the region and also includes the U.S., Denmark, Finland, Iceland, Norway, Sweden and Russia. During the recent meetings, members signed an Agreement on Cooperation on Marine Oil Pollution Preparedness and Response in the Arctic which seeks to improve coordination and planning to better cope with any such accidents. In addition, China, India, Japan, Singapore, South Korea, along with Italy were granted permanent observer status in the Arctic Council. With the move, China has gained more influence in the region. The potential for new trade routes that could open up would significantly reduce the time needed to transport goods between Europe and Asia. The Arctic is an important part of China’s global vision, as a place for economic activity and a possible future mission for its navy. In order to better reflect the realities of politics in the high north, there are calls to expand the Arctic Council’s mandate to also include security and military issues.
Read more »
Posted by Dana Gabriel at 7:31 PM