North American Integration Back on the Front Burner‏‏ 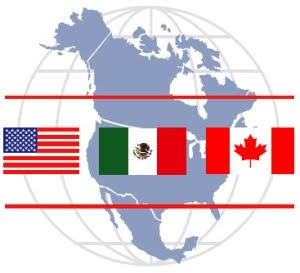 In the last year, the bilateral process has been the primary means used to advance North American integration, which has drawn little attention. With the Security and Prosperity Partnership (SPP) seemingly stalled after being exposed and discredited, the U.S. channelled trilateral negotiations to parallel bilateral discussions with both Canada and Mexico. Recent reports of a tentative Canada-U.S. security and trade agreement has once again highlighted the whole process of deep continental integration. The U.S. is formulating a strategy with the aim of implementing a North American security perimeter.

NAFTA has allowed the U.S. to further extend its political and economic influence over the continent. Through the SPP, it has evolved to include more security issues. Based on the war on drugs and the war on terrorism, the U.S. is developing a North American security strategy with the goal being to push out its security perimeter. The Merida Initiative conceived in 2007 and launched the following year by the Bush administration, signalled a new era of U.S.-Mexico security collaboration. The plan has provided Mexico with millions in funding for law enforcement, military equipment and surveillance technology. Under the pretext of combating illegal drug-trafficking and fighting transnational organized crime, the U.S. has been able to exert more authority over Mexican security policies.
Read more »
Posted by Dana Gabriel at 12:58 PM 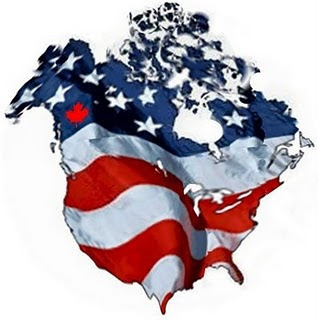 The idea of a Canada-U.S. security perimeter is not new. Various bilateral actions over the last number of years have further laid the groundwork for this concept to become a reality. In 2006, the renewal of NORAD added maritime warning missions to its existing duties, in an effort to address new and emerging continental threats. The U.S. and Canadian military signed the Civil Assistance Plan in 2008, which allows the armed forces of one nation to support the other during an emergency. Under the Shiprider program that became permanent in 2009, law enforcement officials from both countries are able to operate together in shared waterways to combat criminal activity. Other joint projects have also facilitated the move towards a common security perimeter. In July of this year, Public Safety Minister Vic Toews and U.S. Department of Homeland Security Secretary Janet Napolitano announced new cooperative initiatives to combat threats and expedite travel and trade. It appears as if some of SPP's security priorities have been incorporated into the proposed Canada-U.S. perimeter agreement.
Read more »
Posted by Dana Gabriel at 11:43 AM