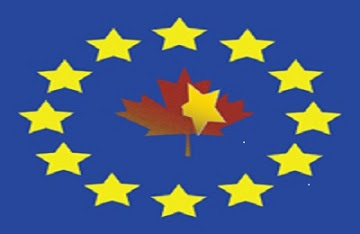 Although there is a need for Canada to expand its trade horizons, the Comprehensive Economic and Trade Agreement (CETA) currently being negotiated with the European Union (EU) appears to be based on the flawed NAFTA model. Many view it as an opportunity to decrease its trade reliance on the U.S., but it could serve to accelerate the corporate takeover of the country. The deal would exceed NAFTA in its scope and with the third round of negotiations scheduled for April 19-23 in Ottawa, there are lingering concerns regarding its lack of transparency. A Canada-EU CETA could be used to expand NAFTA, strengthen U.S.-EU economic relations and further advance the transatlantic agenda.

Some believe that the recent Canada-U.S. Agreement on Government Procurement is an important step in providing protection for future bilateral trade relations, but in the process it opens up provincial and municipal contracts to foreign corporations. Maude Barlow and Stuart Trew of the Council of Canadians criticized the Conservative government for giving up too much and receiving too little. In an collaborative article they emphasized that, “The provinces have been loath to sign the WTO's Government Procurement Agreement and did not agree to include subnational procurement in NAFTA because they could lose too much say in how public money is spent without getting any new access to the U.S. market..” They went on to say, “We believe the Buy American controversy provided Harper and the provinces, who are actively engaged in ambitious free-trade talks with Europe, with an opportunity to restructure the Canadian economy to reduce the role of our communities in setting spending priorities.” As part of the proposed CETA with Canada, one of the EU’s top objectives includes gaining access to procurement and services in areas of health, energy, water, as well as other sectors. The Canada-U.S. Buy American deal is an extension of NAFTA and has set a precedent which could further reinforce EU demands.


In mid-December 2009, Internet law columnist Michael Geist reported that the EU had proposed negotiating an intellectual property chapter which could reshape Canadian copyright law. He stated that, “While the leaked document may only represent the starting European position, there is little doubt there will be enormous pressure on Canadian negotiators to cave on the IP provision in return for ‘gains’ in other areas.” This also ties into Canada's participation in the Anti-Counterfeiting Trade Agreement (ACTA) negotiations which also include the EU, U.S. and other nations. With respect to the Canada-EU CETA, Geist also acknowledged that, “When combined with ACTA, the two agreements would render Canadian copyright law virtually unrecognizable as Canada would be required to undertake a significant rewrite of its law. The notion of a ‘made-in-Canada’ approach - already under threat from ACTA - would be lost entirely, replaced by a made-in-Washington-and-Brussels law.” Both the U.S. and the EU have singled out Canada for criticism on intellectual property and are pressing for copyright along with other reforms. Conceding to such demands could severely compromise Canadian interests.

Opposition to the scope and process of Canada-EU trade negotiations is increasing. The talks have been marred in secrecy, with little disclosure on the part of the Canadian government and hardly a mention from the mainstream media. Sighting serious concerns, groups such as the Council of Canadians are calling for full transparency. They are also demanding a comprehensive impact assessment, protection for public services and procurement, along with the exclusion of any investment chapter. There are fears that a Canada-EU CETA could include provisions such as NAFTA’s Chapter 11, which gives corporations the power to challenge governmental laws and regulations that restrict their profits. NDP International Trade critic Peter Julian recently berated Canadian negotiators for using the obsolete and harmful NAFTA template. He proclaimed, “we need to push the Canada-EU negotiations towards a much more progressive fair trade model.” Julian admitted that, “It is regrettable that it seems to have been pushed aside for a NAFTA-style agreement that would decrease most Canadian incomes, encourage lower standards and lead to the loss of democratic sovereignty.” A Canada-EU CETA would further promote transatlantic ties and could later include the U.S., as well as Mexico.

In 2007, the U.S.-EU reached a deal on a new Transatlantic Economic Partnership in an effort to work towards eliminating trade barriers, increasing investment and streamlining harmonization on regulations. The agreement established the Transatlantic Economic Council (TEC) as a permanent body. Trade policy analyst, Daniella Markheim compared the TEC to the now defunct Security and Prosperity Partnership (SPP) of North America. “Both the SPP and the TEC address property rights protection and enforcement, effective inspections and data sharing on food safety, border measures affecting trade, and other economic and security concerns.” She also added, “Both of these are forums that enable the U.S. and its significant trade partners to find new avenues to improve the flow of commerce and promote greater coherence and consistency in trade rules and regulations.” A Canada-EU free trade agreement would deepen transatlantic economic integration and advance plans for a common market in the region.

Negotiations are proceeding quickly which could lead to a Canada-EU CETA being signed by 2011. The deal would be subject to compatibility with the terms of NAFTA and could help revive and expand the trilateral accord. In addition to further liberalizing trade in goods, services, investment and procurement, it could also include a labour mobility provision. Interlocking superstates are the foundation for global governance and much like the formation of the EU, a North American Union is being created incrementally. Take NAFTA, along with the SPP agenda which is still moving forward through other initiatives, combine it with the TEC, as well as a Canada-EU CETA and you have the basis for a Transatlantic Union.

Dana Gabriel is an activist and independent researcher. He writes about trade, globalization, sovereignty, as well as other issues. Contact: beyourownleader@hotmail.com
Posted by Dana Gabriel at 7:43 PM