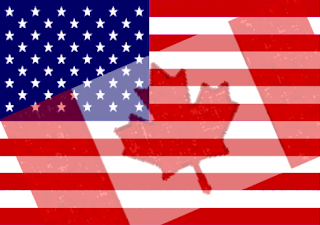 In March, the Canadian government introduced a bill that would bring about sweeping changes to its copyright and trademark laws. This includes giving more power to customs and border protection agents without any judicial oversight. The move is intended to prevent counterfeit goods from entering the country, but has been criticized for being less about protecting Canadians and more about caving to American demands. With the U.S. dictating global intellectual property standards, the new legislation represents the return of ACTA and would pave the way for Canada to ratify the controversial international treaty.

Over the years, the U.S. has been critical of Canada's efforts in addressing trade in counterfeit goods and has been pressing for intellectual property reform. In the 2009 United States Trade Representative (USTR) Special 301 Report, Canada was placed on a priority watch list of countries that do not provide adequate intellectual property enforcement. As part of its 2013 Trade Policy Agenda, the USTR is now pushing Canada to comply with the Anti-Counterfeit Trade Agreement (ACTA). The multinational treaty is designed to standardize intellectual property laws around the world. Although it has been signed by a number of countries, including Canada, so far only Japan has ratified ACTA. It was the result of public pressure associated with risks to internet privacy and online freedom of speech which lead to ACTA being rejected by the European Parliament in July of 2012. At the time, many assumed that ACTA was dead, but it still remains a top priority for the U.S. and they are attempting to revive the discredited agreement by trying to get the six necessary ratifications for it to come into force. In an effort to satisfy U.S concerns, Canada recently announced legislation which is aimed at bringing them in line with ACTA.
Read more »
Posted by Dana Gabriel at 7:12 PM