Towards a Canada-EU Economic Trade Agreement and Beyond 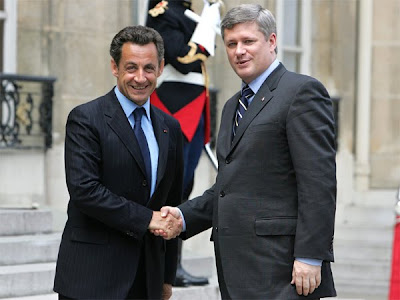 It came out during the election in October of 2008, that the Conservatives were set to begin negotiations with the European Union (EU) on deeper economic integration. In spite of the current global economic uncertainty, Canadian and EU officials are busy laying the groundwork for an economic and trade agreement, and negotiations could begin in the next several months.

It is expected that an economic and trade agreement with the EU could be massive and far-reaching, dwarfing NAFTA in size and scope. It would not be limited to the exchange of goods and services and could include labour mobility, as well as harmonization of standards and regulations. On a North American front, harmonization of regulations is being achieved through the Security and Prosperity Partnership. A principal demand by the EU is that Canadian provinces open up their procurement programs to European bidders. This would allow EU companies to bid as equals on government contracts. There has been some resistance from the provinces on this issue, which could put any such agreement in jeopardy. Stockwell Day, Canadian Minister of International Trade, stated that he is confident that the provinces will commit to such demands. The EU is also looking for a bilateral securities agreement. Canada currently does not have a national securities regulator, but one is expected to be in place before any negotiations would be completed. Many believe that Canada has been too fixated with U.S. and even Mexico initiatives, and as a result, not enough attention has been spent trying to partner up with the EU.


The annual Canada-EU Summit is set for May and will be held in Prague, Czech Republic and at that time formal negotiations for an economic and trade agreement could begin. It is also expected that the recently concluded Canada-EU Air Transport Agreement will be signed at the summit. It is set to be implemented in different phases and does not immediately include further raising foreign ownership limits in the airline sector. At a later time this agreement could even allow Canadian and European carriers to fly domestic routes in each other’s markets. It is believed that this deal is meant to put further pressure on the U.S. to agree on upgrading its own open skies agreement with the EU. A Canada-EU economic and trade agreement that goes beyond NAFTA, could later include the U.S. and Mexico. This is a scenario whereby the NAFTA model could be expanded and extended across the Atlantic. The current economic turmoil has seen a rise in European protectionism, but there still appears to be a desire by some, to further push trade liberalization initiatives.

In April of 2007, the U.S.-EU reached a deal on a new Transatlantic Economic Partnership. They agreed to work towards eliminating non-tariff barriers and increasing trade and investment, thus further laying the foundation for a U.S.-EU single market. In an effort to help streamline harmonization on regulations, the Transatlantic Economic Council was also created at the same time. German Chancellor Angela Merkel, a known globalist and one-worlder, has been calling for more trade liberalization in the form of a transatlantic free trade zone. It is important to understand that economic integration was the first step in the creation of the EU. With a new American president, there is a move to further strengthen transatlantic ties.

Many believe that Barack Obama’s presidency is a turning point in not only American, but world history, one that could signal a new era of international cooperation. Jose Barroso, the President of the European Commission, envisions a more ambitious globalization agenda and a ‘New Deal’ between the U.S.-EU. This would further foster multilateralism in areas of trade, security and climate change. EU officials have also proposed a global system for trading carbon credits. They are calling on developed countries and most notably the U.S. to sign on in an effort to curb greenhouse gas emissions. Others like British Prime Minister Gordon Brown and French President Nicolas Sarkozy are calling for a new global financial order. Recently, former U.S. Secretary of State and perpetual government insider, Henry Kissinger said that under Obama, there is an opportunity for a New World Order.

The global elite are making their move and they will pose as our loving saviours and offer their solution. World leaders, pundits, hacks and minions, are busy calling for a new global financial order and a New World Order. They recognize that the people are waking up to their lies, so they are accelerating plans for world government. Globalization and free trade, as well as IMF and World Bank loans, have been used to enslave the population and destroy national sovereignty. The notion of real choice is now more of an illusion. Minus the rhetoric and petty squabbles, it’s the same policies, same agenda, and the same team. Obama could be used to pitch a New World Order to the masses. This might not be the change that many had envisioned.

Dana Gabriel is an activist and independent researcher. He writes about trade, globalization, sovereignty, as well as other issues.
Contact: beyourownleader@hotmail.com
Posted by Dana Gabriel at 9:29 AM