Will The SPP Rise Again? 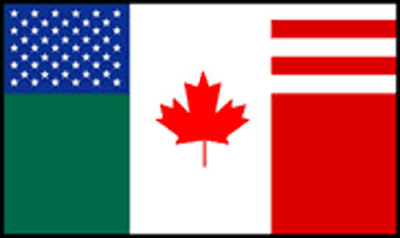 By all accounts, the Security and Prosperity Partnership (SPP) appears to be dead, despite no official announcement by the governments of Canada, the U.S. or Mexico. There have been numerous calls to replace the SPP. Although the means of achieving deeper continental integration may vary, the objectives remain the same. The global elite have not abandoned their vision for a North American Union and are now counting on their new puppet, President Barack Obama, to carry on with this agenda.

The House of Commons Standing Committee on Foreign Affairs, was told in late February of this year that the controversial SPP was likely dead. CEO and president of the Canadian Council of Chief Executives (CCCE), Thomas d’Aquino, testified and answered questions before the committee. He admitted that the it was probably only a matter of time before the SPP was replaced. D’Aquino stated, “Why it will be replaced is because the energy, environment, trade, financial regulation, and agriculture, all these things that we do in the form of millions of cross-border transactions everyday are going to have to be co-ordinated." In addition, he emphasized the importance of Canada-U.S. bilateralism, but cautioned against cutting Mexico out of the equation. The Carleton University’s Canada-U.S. Project was released to the public in the new year and called for wholesale changes to the SPP.


The CCCE is made-up of 150 of Canada’s top executives who comment on public policy. It is a virtual whose who of Canadian corporate sector elites. Since its inception, the CCCE has had intimate ties to both the Liberal and Conservative parties, with many of their proposals being implemented into policy. The CCCE was a driving force behind the Canada-U.S. FTA and later NAFTA. Some of their recommendations also became part of the SPP. Their president, d’Aquino, has participated in and co-chaired many reports and policy paper initiatives pushing for deeper North American integration. So, when he says that the SPP will probably be replaced, he is not just blowing smoke.

The SPP is the brainchild of business and political elites and has essentially carried on where NAFTA left off. This is a corporate driven agenda spearheaded by working groups and unelected, unaccountable bureaucrats who are laying the foundation for a North American Union. Many in the business community have been disappointed with the SPP’s progress, feeling that their recommendations are not being implemented fast enough. The SPP might have outlived its usefulness under its current name, but it is doubtful that multinational business elites are about to abandon it entirely, unless there is something to replace it.

Ahead of the North American Leader’s Summit in New Orleans in April of 2008, it was apparent that the SPP was in trouble. Think tanks such as the Fraser Institute, were calling for expanding and speeding up continental integration, but at the same time were recommending changing the SPP’s name, in an effort to save and revitalize the process. The Hudson Institute also acknowledged that it may be necessary to redesign and relaunch the SPP. Robert A. Pastor, who is considered by many to be the architect of a proposed North American Community, later admitted that under Bush, North American integration had stalled. He stated that the new president would probably discard the SPP. This agenda has at least publicly been placed on the back burner, especially given the current economic climate, but the SPP will rise again in one form or another.

Obama has all but waffled on his promise to renegotiate NAFTA and minus a few slight cosmetic changes that might be made, the flawed trade deal will remain intact. It is possible that economic, political, as well as social instability could be used as an opportunity to further advance the creation of a North American Union. The crisis in Mexico could be used to setup a North American security perimeter. Plans for deeper continental integration are still alive and whatever direction they may take, you can be sure that big business will be intimately involved.

Dana Gabriel is an activist and independent researcher. He writes about trade, globalization, sovereignty, as well as other issues.
Contact: beyourownleader@hotmail.com
Posted by Dana Gabriel at 10:30 AM