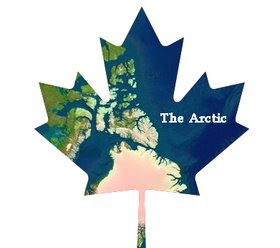 Past Canadian governments have neglected their duty and have failed to enforce its Arctic sovereignty. As a result, its northern waters have not been adequately protected, patrolled or monitored. Prime Minister Stephen Harper has made the Arctic a priority and has committed to further defend Canadian sovereignty and protect its interests in the region. Canada does have an obligation to defend the territorial integrity of its borders and must ensure that its Arctic waterways are also being respected by other nations.

The Arctic, with its abundance of untapped oil, gas and mineral resources, has nations jockeying for a bigger piece of the pie. There could be conflicting claims between Canada, Russia and Denmark, over the Lomonosov Ridge. Canada maintains a sovereign claim over the Northwest Passage, but the U.S. and other countries insist that it is an international waterway. Canada and the U.S. have also long disputed the boundary in the area of the Beaufort Sea, between the Yukon and Alaska. Canada says that it will continue to protect and manage its Arctic interests, including the Northwest Passage which it contends, is an internal waterway. There is little doubt that the regions vast resources represent a tremendous economic potential and Canada is taking necessary steps to enforce its sovereignty.


Canada has increased jurisdiction of its environmental laws over its northern waters. They have made it mandatory for foreign vessels to register with the Coast Guard. There are plans to step up its military presence and this includes expanding its Arctic Rangers force and holding more exercises in the region. The Canadian navy and air force are also looking to increase their activities in the north. The Conservative government has promised a fleet of armed Arctic patrol vessels, as well as a heavy polar class ice breaker. There are also plans for a training facility for Canadian troops, along with a deepwater port off Baffin Island. Some of these proposals may be years away from being realized, but could be fast- tracked, as a result of Russia’s announcement to also deploy its military in the Arctic.

Russia says that it plans to station troops in the High Arctic, in an effort to further secure its own interests. They could use their military as a means to deter attempts made by other nations, to gain more influence in the region. Canada has vowed that they will not be bullied or back down in the face of growing Russian presence in the Arctic. Russia denies that they have any plans for an outlandish power grab. Just ahead of President Obama’s visit to Canada in February, Canadian fighter jets were scrambled to intercept Russian bombers approaching its airspace. This prompted Canadian officials to question the timing of the flights. Harper has promised that Canada will defend its airspace and sovereignty and that they will respond every time the Russians make any kind of intrusion into Canada’s Arctic. As Russia further asserts itself after its post-cold war stupor, they could become more aggressive in the region.

As things escalate in the Arctic, there is also a battle brewing in the Atlantic Ocean between Canada and France. The controversy centers around the French Islands of Saint-Pierre and Miquelon, which are surrounded by Canadian waters. A maritime boundary dispute was settled between the two countries in 1992. France was never happy with the decision and is attempting to secure more rights to Atlantic seabed resources. They have until May 13 to present their claim before a United Nations commission. Canada does not recognize France’s claim to any area of the continental shelf in the northeast Atlantic Ocean, beyond what was set forth in the arbitration decision. They have pledged to safeguard their sovereignty. Foreign Affairs Minister, Lawrence Cannon, stated, "Canada will take all necessary measures to defend and protect its rights with respect to its continental shelf."

Canada must defend its sovereignty beyond military means. Some of the rhetoric coming from Canada and directed towards Russia is reminiscent of the cold war era. As both countries beef up their military presence in the region, the militarization of the Arctic could serve to only heighten tensions. The Canadian Coast Guard requires more resources so that they can expand operations in the area. Canada must also reaffirm its sovereignty in the north with a strategy that includes diplomacy, science, geological mapping, as well as economic and social development in the region.

Dana Gabriel is an activist and independent researcher. He writes about trade, globalization, sovereignty, as well as other issues.
Contact: beyourownleader@hotmail.com
Posted by Dana Gabriel at 10:35 AM