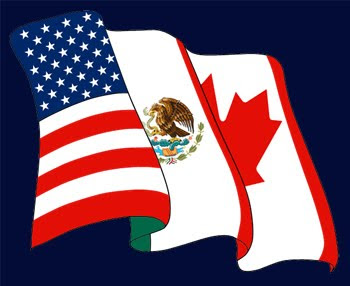 
With just days left before the election on May 2, Prime Minister Stephen Harper announced that a re-elected Conservative government would move forward on the Shared Vision for Perimeter Security and Economic Competitiveness signed with U.S. President Barack Obama back in February of this year. The deal would help promote trade while strengthening security and regulatory cooperation between both countries. Harper vowed that the agreement is critical for Canadian jobs and economic growth. He reaffirmed plans to cut regulatory barriers to cross-border trade through the United States-Canada Regulatory Cooperation Council (RCC) which is a component of the Beyond the Border declaration. Following Harper’s election victory, President Obama phoned to congratulate him and at the same time renewed his commitment to the proposed perimeter security deal, as well as the RCC. Both leaders appear eager to complete an agreement before the 2012 U.S. election cycle gets fully underway.

On February 4, 2011, President Obama and Prime Minister Harper addressed ways to coordinate and harmonize regulations in order to ease red tape for businesses that do trade on both sides of the border. They announced the creation of the U.S.-Canada RCC which will, “promote economic growth, job creation, and benefits to our consumers and businesses through increased regulatory transparency and coordination.” According to a joint statement, the leaders, “are committed to working through the RCC to provide early notice of regulations with potential effects across our shared border, to strengthen the analytic basis of regulations, and to help make regulations more compatible.” Both countries will also, “work through the RCC to determine sectors on which to focus its work that are characterized by high levels of integration, significant growth potential, and rapidly evolving technologies.” There are fears that the RCC could erode any independent Canadian regulatory capacity and weaken existing regulations. This would lead to a race to the bottom with respect to regulatory standards.

In May of 2010, U.S. President Barack Obama and Mexican President Felipe Calderon directed the creation of the High-Level Regulatory Cooperation Council (HLRCC). In March of this year, the leaders laid out specific goals for the HLRCC. This included linking regulatory cooperation to improve border-crossing and customs procedures, increasing regulatory transparency, as well as making regulations more compatible and simple. The U.S. and Mexico will also focus on increasing technical cooperation and improving the analysis of regulations. The HLRCC has similar goals to the U.S.-Canada RCC. At some point, these dual-bilateral initiatives could come together to form a single continental regulatory model.

This year’s NAFTA Free Trade Commission meeting identified regulatory cooperation as a top priority. Part of the SPP prosperity agenda also called for improving regulatory cooperation. In 2007, Canada, Mexico and the U. S. announced regulatory cooperation in the area of chemicals.This later resulted in Canada raising pesticide limits on fruits and vegetables as part of efforts to harmonize rules with those of the United States. Regulatory integration threatens Canadian sovereignty and democracy. Further harmonization with the U.S. could result in Canada losing control over its ability to regulate food safety.

With the Canadian election now over, the Conservative government has resumed public consultation on the perimeter security deal with the U.S. and has extended the comment period until June 3, 2011. While the measure is open to all Canadians, it will be input from the business community that will be given the most attention. A report summarizing the findings will be published at a later date and will help shape an action plan that is expected to be released at some point this summer. Last month, the U.S. Department of Commerce extended its request for public comments concerning regulatory cooperation activities. The submissions collected from business groups in the U.S. will serve as a basis for bilateral and trilateral talks with Canada and Mexico. This includes discussions with the HLRCC and the RCC. It is not hard to imagine that the U.S. will dominate both of these regulatory councils. Under the guise of improving the flow of travel and trade across the border, big business seeks to further control the rules and regulations that govern us.

The proposed Canada-U.S. trade and security perimeter agreement supports the process of deregulation. This new bilateral undertaking is being sold as vital to the safety and prosperity of both countries. A North American security perimeter goes well beyond keeping the U.S. safe from any perceived threats. It is a means to secure trade, resources and corporate interests. Much like the whole deep integration agenda, regulatory harmonization is taking incremental steps with the goal of achieving a single unified North American regulatory regime.

Dana Gabriel is an activist and independent researcher. He writes about trade, globalization, sovereignty, security, as well as other issues. Contact: beyourownleader@hotmail.com Visit his blog at Be Your Own Leader
Posted by Dana Gabriel at 2:39 PM