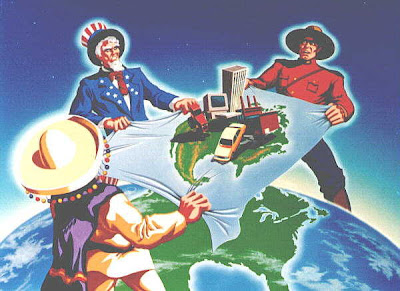 The 33rd Annual Conference of New England Governors and Eastern Canadian Premiers was held in Saint John, New Brunswick, Canada on September 14-15 and was co-chaired by host Premier Shawn Graham and Maine Governor John Baldacci. Throughout the years, the governors and premiers have forged a partnership and expanded economic ties, including cooperation on energy and environmental issues. At each conference, policy resolutions are enacted which call on actions by the state and provincial governments, as well as by the two national governments. The current global financial crisis has placed more focus on finding collaborative regional approaches to economic and energy issues. The recent conference included resolutions concerning the green economy, renewable energy, climate change, energy efficiency, pandemic preparedness and open and secure trade. Regional leaders endorsed a blueprint for the region’s energy future.


In March of this year, Premier Graham and Governor Baldacci announced support for a Northeast Energy Corridor. This would position New Brunswick and Maine as energy hubs and link their resources to energy stressed East Coast states. It would also expand U.S.-Canada shared strategic objectives in energy supply and energy security. There are calls for such an energy corridor to be flexible and able to handle power lines, natural gas and other energy supplies, depending on future demand. In an open letter to the Eastern Canadian premiers, the Council of Canadians cautioned, “against adopting a regional energy vision that includes large energy project 'corridors' directed at export-oriented trade. These projects create negative local impacts and undermine energy security in Eastern Canada.” My article Towards a North American Energy Corridor details plans to develop a cross-border Western Energy Corridor. It is through the SPP, that the North American Energy Working Group has further integrated a continental energy strategy.

A recent article by Jerome Corsi reported that, “President Obama is continuing President George W. Bush's effort to advance North American integration with a public-relations makeover calculated to place the program under the radar of public opinion and to deflect concerns about border security and national sovereignty.” According to confidential sources in the U.S. Department of Commerce and State Department. “The Obama administration has ‘rebranded’ and ‘refocused’ the Security and Prosperity Partnership of North America, or SPP, to advance the Bush administration's agenda of North American integration under the rubric of the ‘North American Leaders Summit,’ a less controversial banner.” Corsi also reported that the North American Competitiveness Council which is made up of business executives from Canada, the U.S. and Mexico will continue to operate under the new structure, along with more than 20 trilateral working groups. They will further concentrate in areas of North American citizen security, economic competitiveness, energy policy and climate change.

North American integration continues on many different fronts and this includes at a state and provincial level. It appears as if the SPP may be dead in name only. Many of its key priorities were part of the agenda at the recent North American Leaders Summit held in Mexico. The push for a North American Union continues as it is becoming increasingly clear that Obama embraces globalization and has no intention of upholding the Constitution or protecting American sovereignty.

Dana Gabriel is an activist and independent researcher. He writes about trade, globalization, sovereignty, as well as other issues. Contact: beyourownleader@hotmail.com
Posted by Dana Gabriel at 9:52 AM