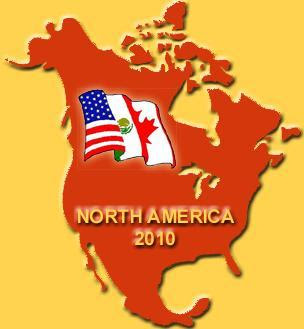 Plans for a North America security perimeter might have seemed like a pipe dream just a short time ago, but it could become a reality sooner than one thinks. Some believe that a perimeter approach to security would be a more effective way of providing safety while ensuring the free flow of trade and investment. For those pushing for deep continental integration, this move is seen as the next logical step. A recent article from the Toronto Star, Canada warms to idea of a tougher 'perimeter' suggests that Canadians might now be ready to debate the concept of perimeter security. David Biette who specializes in U.S.-Canada relations and is a member of the Woodrow Wilson Center stated that a, "Perimeter is no longer a dirty word. It's beginning to come up again, at least in academic circles." He went on to say, "Canada held back when it first came up and I can certainly understand why. There was still such bad feeling left over on free trade and what that might mean for Canadian sovereignty that perimeter security was just not palatable to Canadians." Biette also added, "You ask yourself, 'What would a mutually improved relationship look like?' and really, there is nothing else. Perimeter is the one big thing – the last truly huge step on the horizon." A North American security perimeter would be one of the final steps needed in the creation of a North American Union.

Some of the recommendations from the 2005 report, Building a North American Community co-sponsored by the Council on Foreign Relations, included a unified border, a North American border pass, a single economic space, as well as a common security perimeter by 2010. Many of the task force recommendations in areas of trade, transportation, energy, immigration and security became part of the SPP agenda. Despite the demise of the SPP, many of its key objectives continue to move forward under the North American Leaders Summit, as well as through other initiatives. In February of 2009, it was reported that former Canadian international trade and foreign affairs minister David Emerson, “called on the government to aggressively seek stronger Canada-U.S. ties, up to and including a customs union. He said at minimum, Canada should advocate a North American security perimeter arrangement, a labour mobility agreement that modernizes NAFTA provisions, and greater integration on regulatory matters.” U.S. officials remain concerned on how risk assessments of people entering Canada are conducted as well as the differences in its immigration and visa policies. A common perimeter approach to border management and security would require harmonization of Canadian-U.S. immigration and customs standards.

It was clear before Obama became president that he wished to relax immigration restrictions with Mexico and supported some sort of amnesty program. In mid-December of last year, H.R. 4321 the Comprehensive Immigration Reform ASAP Act of 2009 was introduced in the House of Representatives. The Obama administration has been criticized for its lack of immigration enforcement. Many have warned that the new legislation would not only grant amnesty to millions of illegal aliens, but also increase legal immigration and create more loopholes in the system. In Sec. 143. Reports on Improving the Exchange of Information on North American Security, there is wording which could further promote deep continental integration. This includes yearly status reports, “in developing and implementing an immigration security strategy for North America that works toward the development of a common security perimeter.” Previous failed security and immigration bills also contained similar language referring to a shared security perimeter around the continent.

The Merida Initiative, also known as Plan Mexico is an extension of NAFTA and has its roots in the SPP. It is based on America’s failed war on drugs, which has been costly and ineffective. The Merida Initiative relies primarily on military and law enforcement solutions and is advancing police state measures. In a recent interview, Laura Carlsen director of the Americas Policy Program in Mexico City described how Plan Mexico, “was designed in Washington as a way to ‘push out the borders’ of the US security perimeter, that is, that Mexico would take on US security priorities including policing its southern border and allowing US companies and agents into Mexico's intelligence and security operations.” She also commented that, “The Obama administration has supported the plan and even requested, and received from Congress, additional funds beyond what the Bush administration requested.” The Plan Mexico strategy is working towards the development of a common security perimeter and is further encouraging the militarization of Mexico. Continued drug violence in the country could be used as a pretext to set up a North American security perimeter

The recent foiled terrorist attack on Christmas day is accelerating the implementation of a high-tech control grid which could restrict, track and trace our movements. With the war on terrorism back in the forefront, the continued merging of North America might include Canada and Mexico playing a bigger role in regards to perimeter security. Canadian officials have announced that within the next several months, body scanners will be installed in 11 airports across the country. Some proponents of a continental security zone believe that it is the best way to secure North America, but at the same time falsely claim that this could be done with respect to each nation’s sovereignty. We are well on the way towards a North American security perimeter where trade and investment will be able to roam freely, while we are all forced to endure new security practices dominated by U.S. interests.