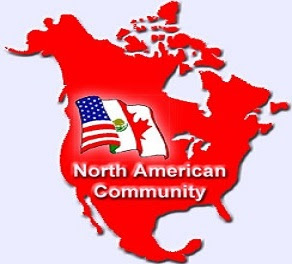 During his speech at a recent meeting of northern border states, U.S. Attorney General Eric Holder told participants that the U.S. and Canada are set to launch a pilot project next year which will allow law enforcement officers to operate on both sides of the border. Holder explained that, “the creation of ‘NextGen’ teams of cross-designated officers would allow us to more effectively identify, assess, and interdict persons and organizations involved in transnational crime.” He went on to say, “In conjunction with the other provisions included in the Beyond the Border Initiative, such a move would enhance our cross-border efforts and advance our information-sharing abilities.” The declaration, Beyond the Border: Shared Vision for Perimeter Security and Economic Competitiveness issued by President Barack Obama and Prime Minister Stephen Harper last February, identified joint law enforcement operations and information sharing as a high priority. There are already examples of what we could expect from a security perimeter as some Canadians have been denied entry into the U.S. after their records of mental illness were shared with the U.S. Department of Homeland Security.

While further details of the new joint law enforcement project are not yet available, Stuart Trew of the Council of Canadians pointed out that the plans are well advanced. This prompted him to question, “why is Harper consulting with Canadians on a done deal? We haven’t had a chance to yea or nay the perimeter agreement which is expected to be released as an ‘action plan’ within weeks. But a pilot project that legalizes and normalizes US policing activities in Canada is already set to begin next year.” He added that this confirms, “the Harper government will use its limited public consultations earlier this year to move ahead quickly with whatever new cross-border policing and information sharing commitments it wants, regardless of privacy and other concerns.” Last month, the Canadian government released two reports which summarized online public input received concerning regulatory cooperation, as well as perimeter security and economic competitiveness. While improving the movement of goods and people was the priority for business groups, many individuals expressed concerns over the loss of sovereignty, along with the protection of personal information.

On top of announcing plans to create teams of cross-designated officers, Attorney General Eric Holder took time to praise bilateral relations between the two countries, but acknowledged, “there are areas in which the U.S. and Canada can enhance cooperation in criminal investigations and prosecutions. And I believe we must consider how extradition, and mutual legal assistance, processes could be streamlined.” He also stated, “As Canada’s national government considers various anti-crime policies and approaches, we will continue working to implement a comprehensive anti-crime framework.” Does this mean that as part of a security perimeter, Canada would have to change its legal system to better reflect U.S. laws? As the fall session of Parliament gets underway, the Harper government is set to table tough new criminal reform legislation.

In the report entitled Shared Vision or Myopia: The Politics of Perimeter Security and Economic Competitiveness, former Foreign Service officer Gar Pardy warns that a perimeter security deal with the U.S. could sacrifice Canadians privacy while doing nothing to improve the flow of trade across the border. In his report, Pardy reveals that “The concessions the Americans want is the transfer of enormous amounts of information about Canadians and others about whom Canada collects information. It is evident that to meet such expectations Canadian privacy laws will need to be ignored, violated or weakened.” He also stated that, “The Shared Vision approach essentially promotes the idea that in order to restore the status quo ante implicit in the free trade agreements there have to be large political concessions by Canada that will satisfy American security concerns.” This could explain the Conservative government’s announcement that it will reintroduce anti-terrorism measures which have expired and are on par with sections of the liberty-stripping U.S. Patriot Act. The move is tied to plans for a security perimeter and is aimed more at satisfying U.S. fears.

In his report released by the Rideau Institute, Gar Pardy also warns that, “when Canada–United States privacy protection principles are under bilateral discussion, privacy protection will not be increased. A more likely result is that existing Canadian privacy laws, as flawed as they are, will erode to meet the demands of the United States.” As part of his report, he recommended measures that would better protect privacy rights and encourage transparency. This included all new agreements with the U.S. affecting the privacy rights of Canadians, be reviewed by the Privacy Commissioner. Pardy called for the creation of a single authority to oversee all federal police and security organizations participating in information transfers between both countries. He also recommended a separate treaty that would protect personal information transferred to the U.S. for national security purposes. With regards to a perimeter security deal, Pardy concluded that, “If Canadian concessions on security and privacy rules do result in the lessening of American border restrictions and controls then such results would always be hostage to future events over which Canada has no control.”

It is important to keep in mind that the move towards a North American security perimeter is being done without congressional or parliamentary approval. There is no reason to trust that our governments will strike any kind of balance between security and freedom. That is why it is imperative that we demand more transparency and input. With a joint action plan expected to be released soon, it is my hope that Canadians and Americans will reject any perimeter security deal that reduces privacy rights and further puts our sovereignty at risk.